In Climalife Contact No 4 from October 2012, we published the commission's guidelines on the revised F-Gas regulation. The discussions are going well and there have been some new developments. Following the first proposal, 450 amendments were put forward by members of Parliament, and the Irish Presidency proposed a second version of the text to the F-Gas commission.

At present, the following trends are taking root in the refrigeration/air conditioning sector:

The agenda is still developing and there are several possible scenarios:

a) Acceptance at the first reading.
b) In the event of rejection at the first reading, the commission has 3 months to present a new text to the European Parliament.
c) The first extensive reading is the most common option selected by institutions.  According to this procedure, the European Parliament votes at the second reading, but the Council officially remains at the first reading stage without having to take up a position at the date that was initially scheduled.  This enables institutions to conduct informal negotiations in order to reach a compromise.  During the trialogue, the negotiations are conducted article by article until an agreement is established.

It should be noted that, during the perioud of parliamentary reservation (from March to May: European electoral campaign), no decision will be taken by the legislature. 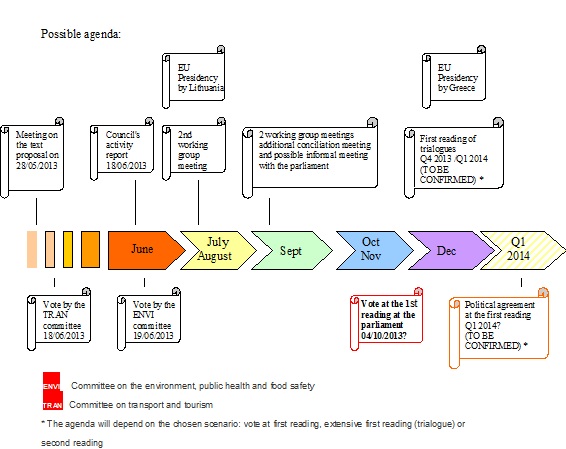