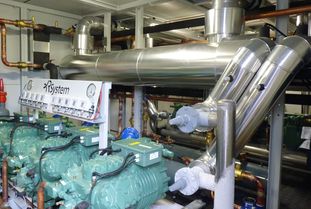 Giraudet, the quenelle maker located at Bourg- en-Bresse in eastern France, has opted for a new indirect refrigerated production system to replace its R- 22 installation This choice is fully in line with the company‘s environmental policy.

Since 2004, Giraudet has applied a Hygiene, Safety and Environment policy and a range of projects have thus been implemented in this food processing plant specialised in premium fresh produce. The PCB transformer was replaced, water consumption reduced by 30% and energy studies have been carried out with a view to reducing electricity and gas consumption. The company then realised how much power its cooling system required.

"Once we realised this, we decided to change the coolers. They had been in operation for around thirty years so we started to look for a replacement. We must stop using R-22 on 1st January 2015 so we had to find a solution," explains Patrick Battendier, deputy managing director. 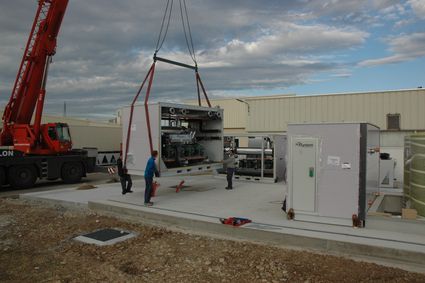 The company was founded in 1910 and now employs 45 people working on 2 8-hour shifts to produce 1,300 metric tons of quenelles, sauces and soups every year. 80% of the products are sold in supermarkets, 12% in their own stores in Paris, Lyon and Bourg-en-Bresse, and 8% via non-domestic catering channels, for a total sales revenue of €8 million.
The site covers a total surface area of 4,500m². Over half of the workshops - mainly the packaging, order preparation and dispatch areas - require controlled temperatures of between 2 and 4°C. The other half are production areas where the raw materials are mixed, and do not require controlled temperature. Until now, cold air was produced by a direct expansion R-22 system, with an energy yield close to 30%. In 2011, Giraudet consulted 4 suppliers with regard to the replacement of this installation and two types of solution were put forward: direct expansion R-404A or an indirect chilled water system.

Ets Joseph, a family business located nearby, won the contract with its R-407F/Greenway® RTU -30°C solution, using products distributed by Climalife. "Our customer wanted to centralise and confine refrigerants. The "glycolated water" solution was thus an option, bringing greater added value to the installation and optimising ROI," says Nicolas Joseph, Technical Manager. We looked for a supplier who could provide a custom-built modular facility, and decided to work with RSystem who designed the system."

Building began in 2013. First, the stainless steel pipe network was fitted in each workshop concerned then, in February, the module was fitted on the platform. Each piece of RSystem modular equipment, designed to be upgradeable in terms of power, comprises a positive central unit with a floating LP & HP system comprising 4 semi-hermetic compressors with Bizter pistons (2 x 272 kw at -8]C/+42]C) an Alpha Laval multi-tube exchanger to produce chilled water, a Siemens electric regulator, 1 3,000-litre storage tank and 2 Wilo pumps (primary and secondary circuits). The two central units work in automatic mode, regulated by Siemens PLCs. An Artica supervisory control system from RSystem is also used. An electric meter has been fitted in the switch box. And - still from an environmental angle - a heat recovery system using plate exchangers with a calorie meter is used to recover hot water (45°C/50°C) to clean production tools. 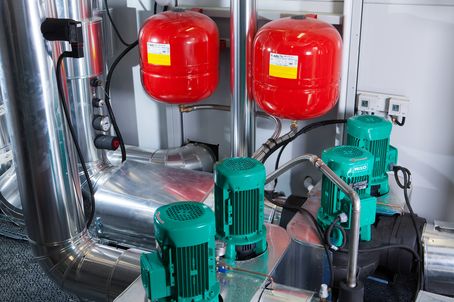 The refrigeration system was connected in April, then the pumps were started up and 200 kilos of R-407F were loaded. The system started up without any issues. In the beginning, the installation ran using closed loop tanks with no distribution, then the first R-22 evaporators were removed and replaced with Luve Contardo brand coolers fed with Greenway® through a loop at -8°C at the start and -5°C on the return side. The factory‘s production line could not be stopped.

The initial feedback based on temperature samples is highly positive. The cost of this project came to €700,000, although €20,000 is set to be paid back under the energysaving certification scheme. "This was a major investment but thanks to the new technologies used, we are guaranteeing our future. I would do it all over again if I had to," enthuses Patrick Battendier.

Specifications of the indirect system with chilled water production