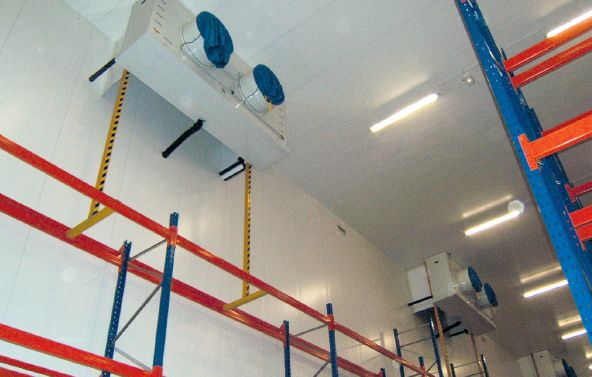 With its constant aim to innovate, the family firm Valentin Réfrigération adopted this refrigerant fluid with low GWP to reduce the carbon footprint of an industrial cold storage installation.

In the course of April 2012, Valentin Réfrigération, based in Rodez in south-west France, produced a cold storage plant on behalf of the haulage company Galtier, whose corporate headquarters are in Roquefort.

Since the storage plant is situated right in front of the installer's offices, Mr Valentin was keen to take on this project.

This new storage plant designed with an unloading platform is intended for the storage and distribution of fresh and frozen products. The receiving platform covers an area of 600 m2 (+/- 2,500 m3) at a temperature of + 4°C where fresh products are stored temporarily. The storage room for frozen products covers an area of 700 m2 with a temperature of - 22°C. 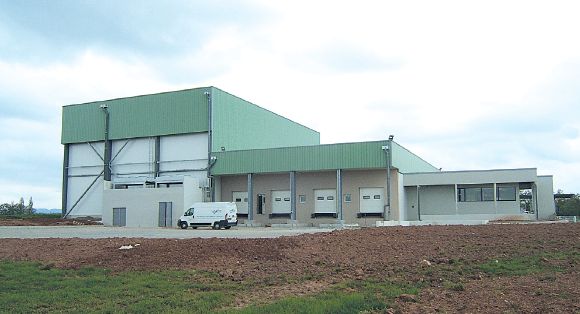 Initially, the refrigeration system was intended to operate with R-404A. Following the expert advice of Climalife, and their availability, a modelling was produced which enabled the installer, Valentin Réfrigération, to choose the fluid best suited to the system.

Performax LT was then adopted by the manager, who wished to innovate and design a more efficient and ecological installation, in particular with a view to a future carbon tax.

With features such as a GWP of 1824 versus 3922 for R-404A, Performax LT makes it possible to meet these criteria and increase refrigeration production.
Their choice of fluid is intended to offer their end client a more energy-efficient installation. 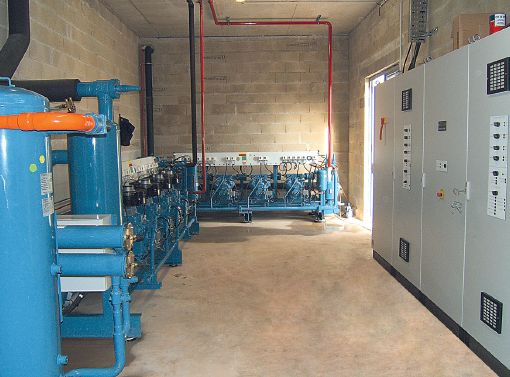 The refrigeration production installation consists of two Profroid plants with 4 Bitzer semi-hermetic reciprocating compressors. The power of the positive plant is 165 kW and that of the negative plant 124 kW.

Complementing the energy gain provided by Performax LT, performance is improved by the under-cooling of the negative liquid and the system of hot gas defrost with battery tray of the Kuba evaporators. This defrosting technique helps to limit energy consumption compared to traditional defrosting systems, through electrical resistance for example.

The installation will be loaded with around 470 kg of Performax LT refrigerant fluid and 40 litres of Mobil EAL 32 polyolester oil as from the beginning of May.

As a result of this collaboration, the managers were satisfied and will recommend Performax LT for future industrial and commercial refrigeration installations, their company's principal applications.

The family firm employs 6 people under the management of Louis and Rémy Valentin, joint managers of the company.

Date on which the company was set up: 2004 (resumption of the business originally created in 1961 by Mr Maurice Valentin).